Tickets
Back to events 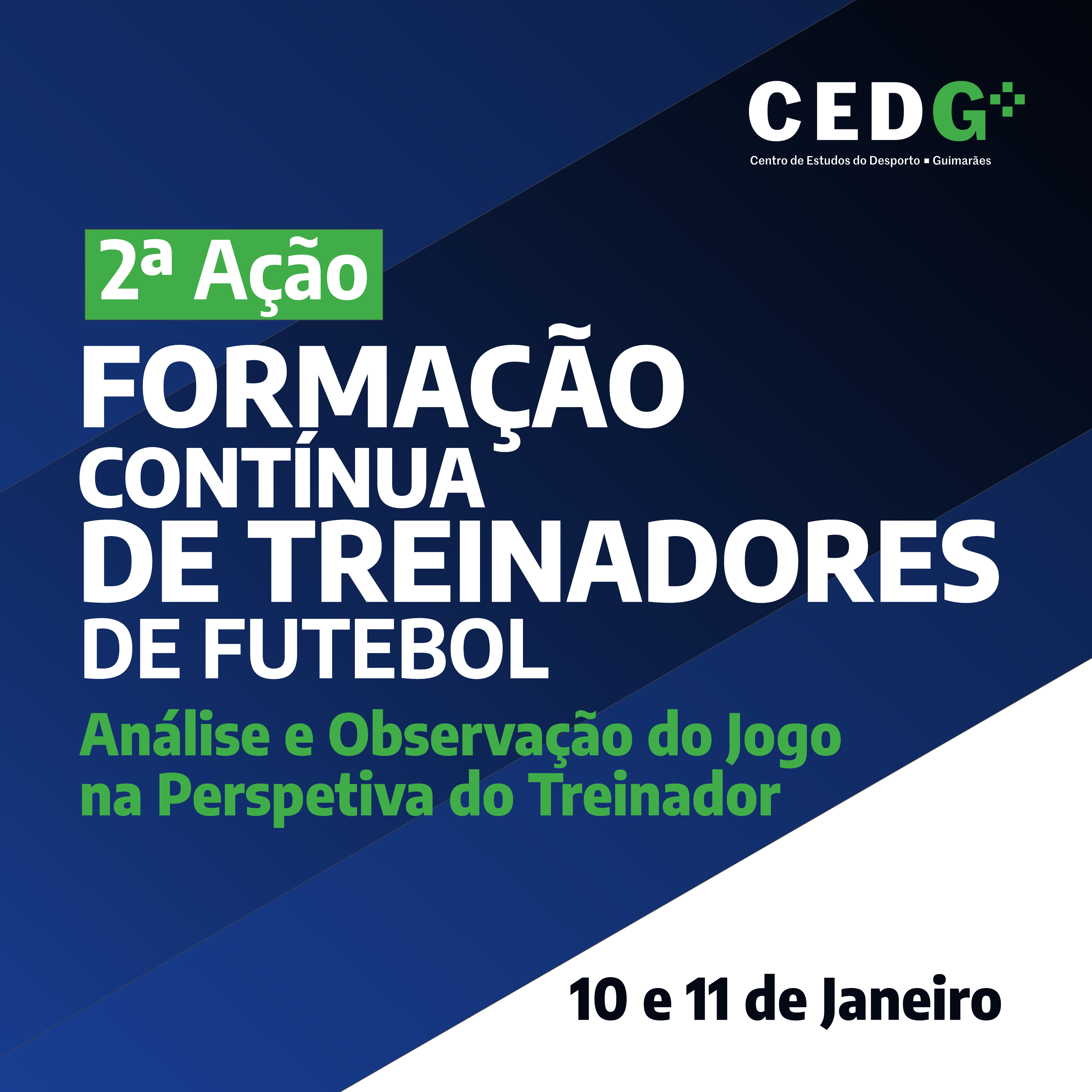 will be held on January 10th and 11th, the second continuous training action aimed at football coaches, organized by Tempo Livre, through its Sports Studies Center, and the Braga Football Association.

This second training to be held in person at Multiusos de Guimarães, has as its theme: "Game Analysis and Observation from the Coach's Perspective" and will be divided into two sessions of 3 hours each.

In the session on January 10th, starting at 21 pm, the speaker is the coach Hélder Baptista.

Hélder Baptista, is a UEFA Pro/Grau IV coach, with extensive experience in national football, with spells at Lank Vilaverdese, Belenenses SAD and Gil vicente, among others.

The second session will be held on January 11th, also at 21 pm, and will have the trainer as speaker Pedro ribeiro.

Pedro Ribeiro is a UEFA Pro/Grau IV coach, currently working for Penafiel, which is active in the II Portuguese League. He has also worked for Belenenses SAD and Gil Vicente in the I Liga as head coach and for several national and foreign clubs as assistant coach (Olympiacos and Fenerbahçe, among others).

We aim to encourage sports practice in the Municipality of Guimarães, privileging equal opportunities for access to non-competitive sports, developing projects for socio-sports animation and occupation of free time and leisure.

Consult the history of the activity developed by Tempo Livre over the past 20 years:

Tempo Livre © 2021. All Rights Reserved. created by Design Me