SPACHE – International workshop debates the relationship between heritage and sport 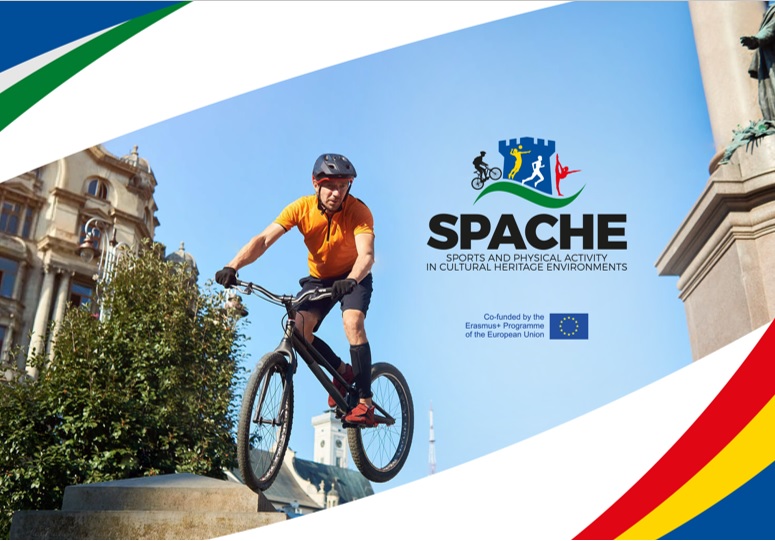 On June 17th, an international workshop was held to prepare the pilot programs to be developed under the SPACHE project – Sports and Physical Activity in Cultural Heritage Environments.

The virtual session was guided by TAFISA - The Association For International Sport for All, a partner entity of the project which is coordinated by Tempo Livre and co-financed by the European Union through the Erasmus + Sport programme.

All consortium partners, representing six countries of the European Union, as well as representatives of partner entities and the two members of the Advisory Board (Pedro Sarmento, from the Faculty of Sport of the University of Porto, and Andreas J. Wiesand, from the European Institute for Comparative Cultural Research), participated in the work.

The session began with an intervention by the Tempo Livre which presented the SPACHE project detailing its objectives, expected results, distributed tasks and planned activities.

This was followed by the interventions of the two members of the Advisory Board, who were responsible for framing the two concepts at play in this research project – Cultural Heritage and Sport/Physical Activity – and to what extent these two dimensions can be combined in a single objective, which is the to attract more people to regular physical activity.

There was also an opportunity to share information regarding the literature review and state of the art, as well as to present the good practices gathered so far.

The work was completed with a debate session, in which all participants contributed comments, suggestions and recommendations that will be transposed into the final report and will be considered in the preparation of the pilot programs.

The SPACHE project aims to promote physical activity and sport using resources from the cultural and heritage environment as levers for people's involvement and participation.

We aim to encourage sports practice in the Municipality of Guimarães, privileging equal opportunities for access to non-competitive sports, developing projects for socio-sports animation and occupation of free time and leisure.

Consult the history of the activity developed by Tempo Livre over the past 20 years:

Tempo Livre © 2022. All Rights Reserved. created by Design Me